This site was designed for the latest version of Chrome, Firefox, Safari, and Internet Explorer (version 10+). Some features may not work correctly in your browser. OK
Built For America: Ford's All-New F-150, Bronco Make New York City Debuts As Part of Bell-Ringing Event At New York Stock Exchange 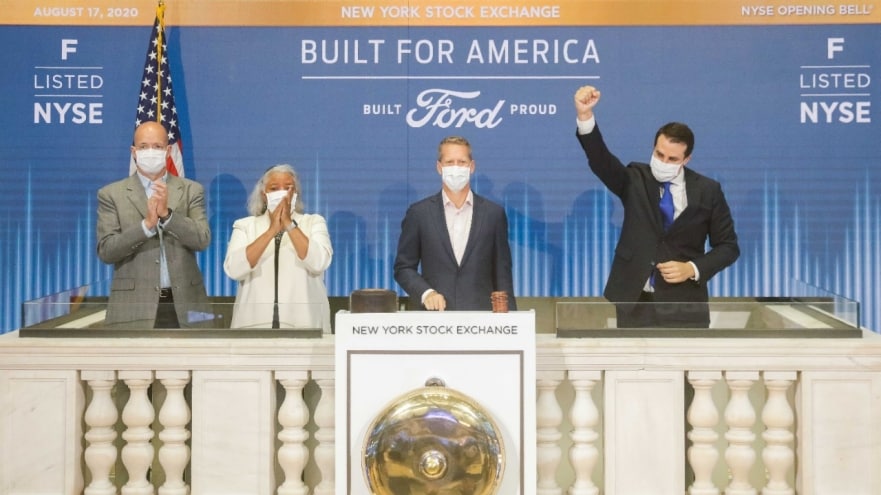 NEW YORK, Aug. 17, 2020 – All-new versions of the Ford F-150, part of Ford F-Series, America’s most popular truck for 43 years and most popular vehicle for 38 years, and the much-anticipated Ford Bronco rugged SUV debut in New York City today, in conjunction with the company ringing the bell to open trading day on Wall Street.

Ford revealed the redesigned F-150 – the toughest, most productive F-150 ever and most powerful in its class – in late June. It features new connected vehicle innovations such as over-the-air updates that help keep F-150 at the forefront of purposeful technology, and an available all-new 3.5-liter PowerBoost™ full hybrid powertrain with Pro Power Onboard™ – an integrated power generator.

Just last month, the company unveiled all-new versions of the iconic Ford Bronco – reimagined as a new outdoor brand with an all-4x4 family that includes Bronco two-door and first-ever Bronco four-door models plus the smaller Bronco Sport. Response to the return of Bronco has been unprecedented, with record visits to Ford.com and total reservations for the Bronco two- and four-door models exceeding 165,000 in less than a month.

Like the F-150 always has been, Bronco two- and four-door models will be proudly assembled in America. Across all its products, Ford employs more hourly workers and assembles more vehicles in the U.S. than any other auto manufacturer.

The all-new F-150 will be available to customers this fall. Bronco will come off the line next spring. 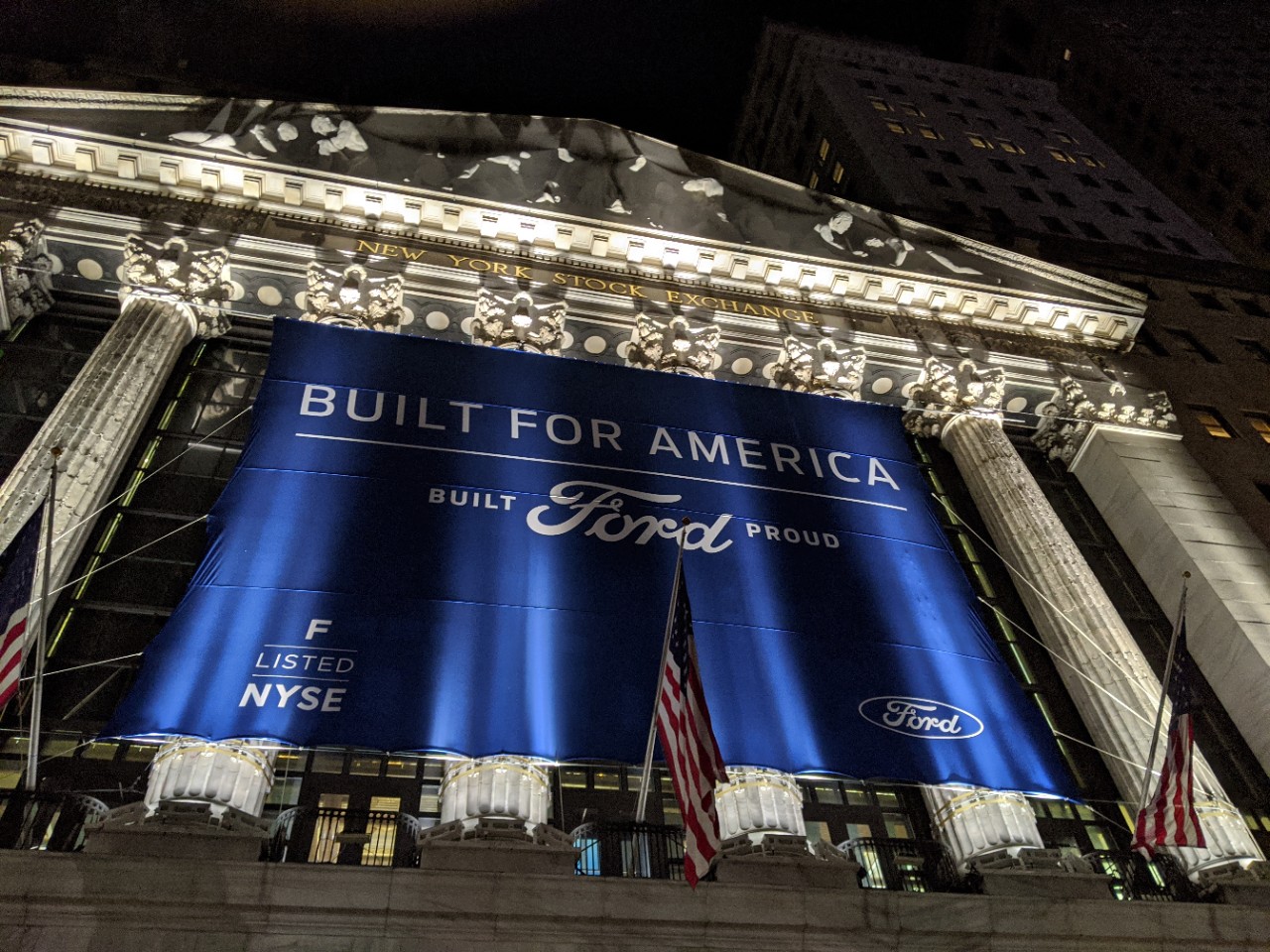 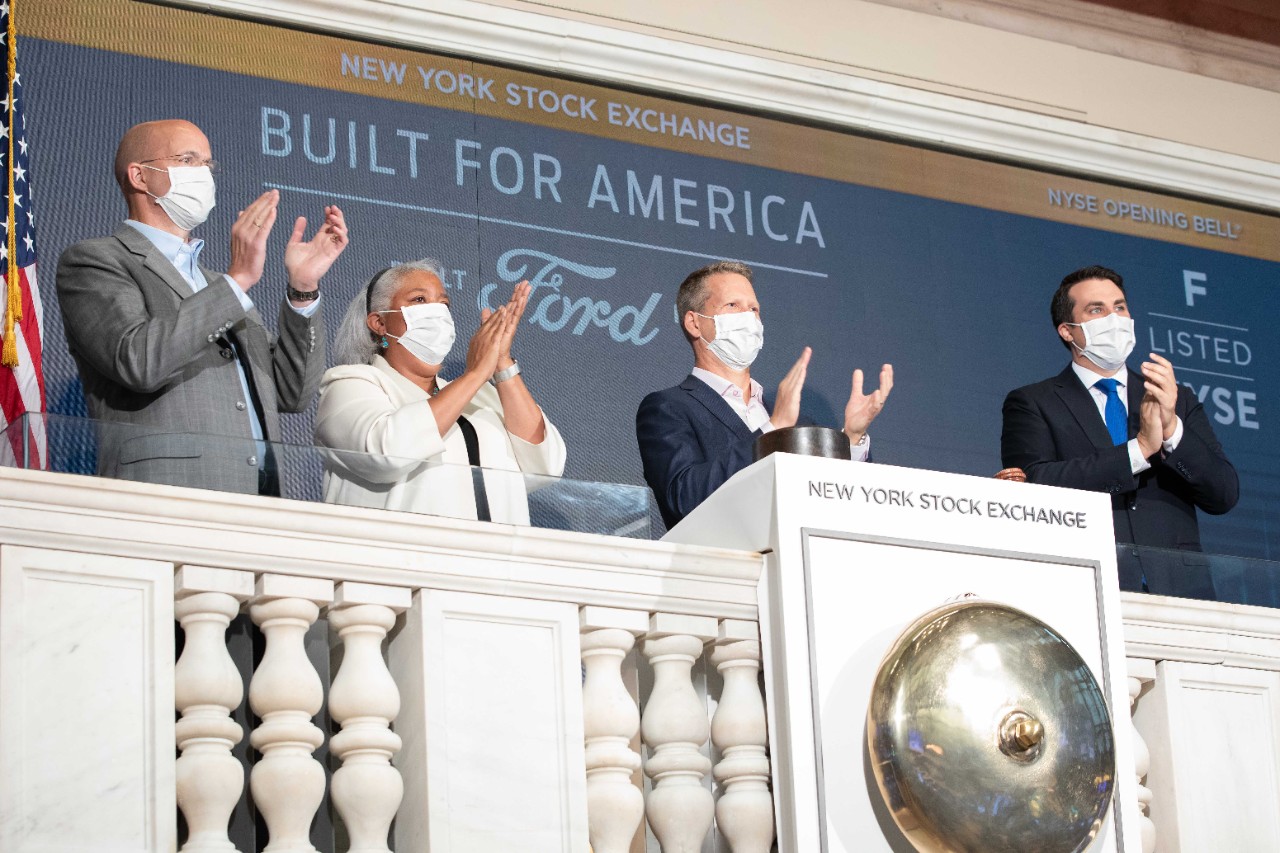 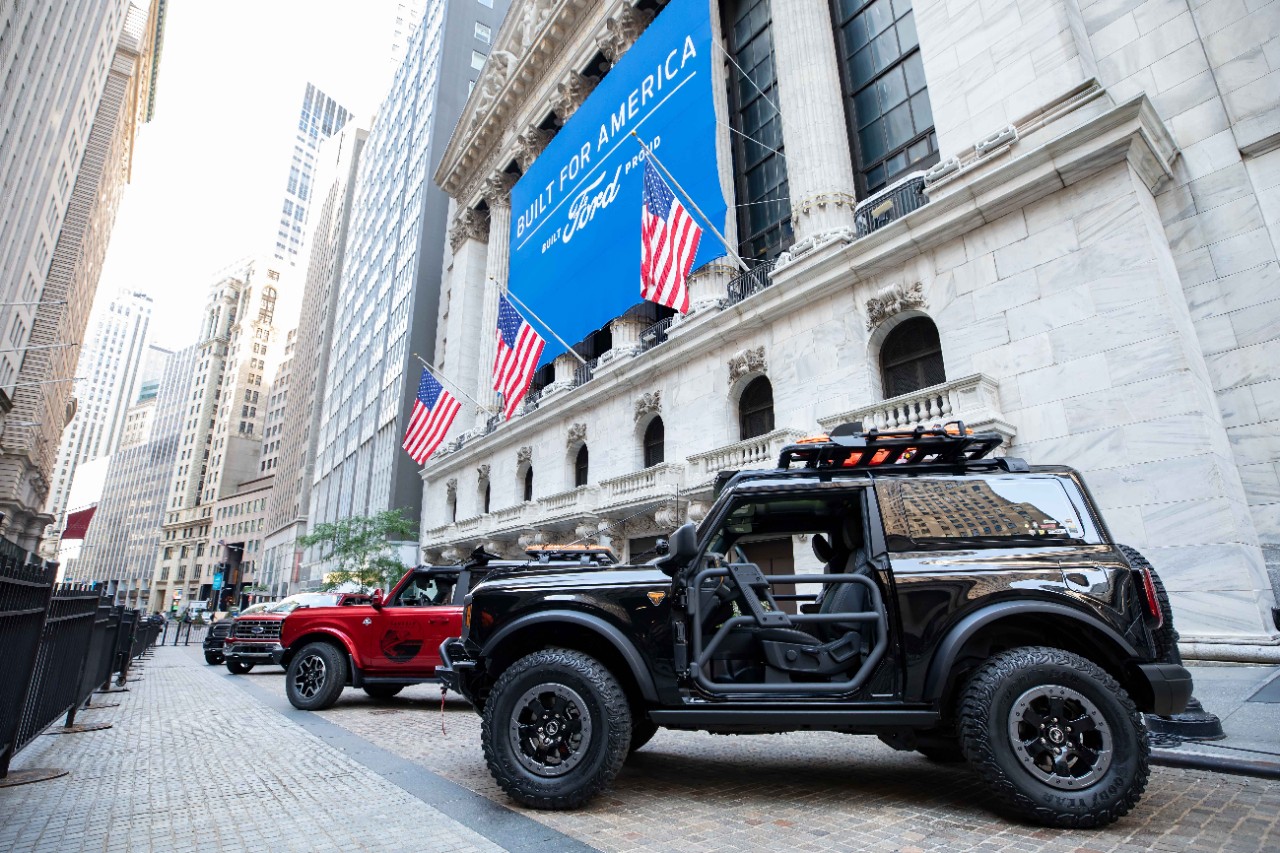 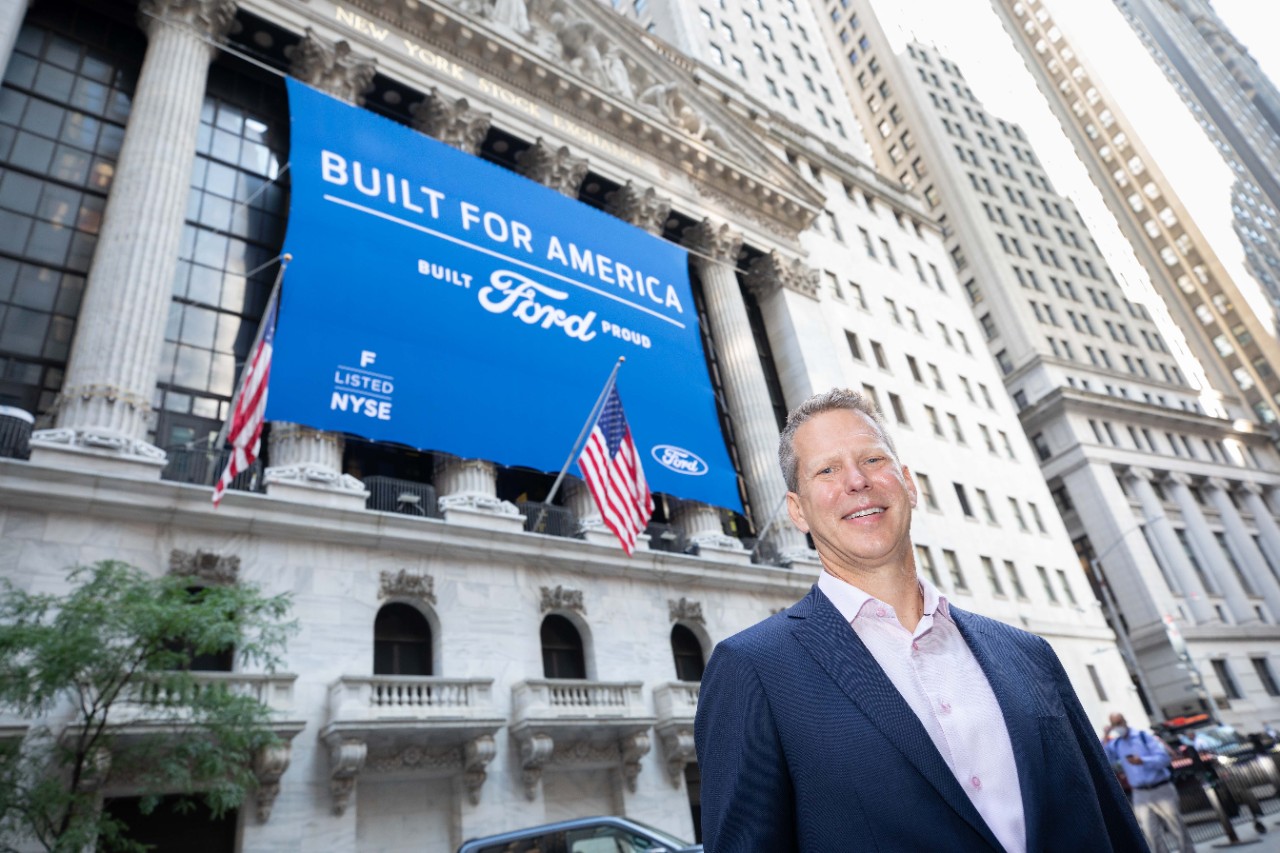 The New York Stock Exchange welcomes executives and guests of Ford Motor Company in celebration of its new products, including the all-new F-150 and Bronco. To honor the occasion, Tim Stone, Chief Financial Officer, joined by John Tuttle, NYSE Vice Chairman and Chief Commercial Officer, will ring The Opening Bell¨. 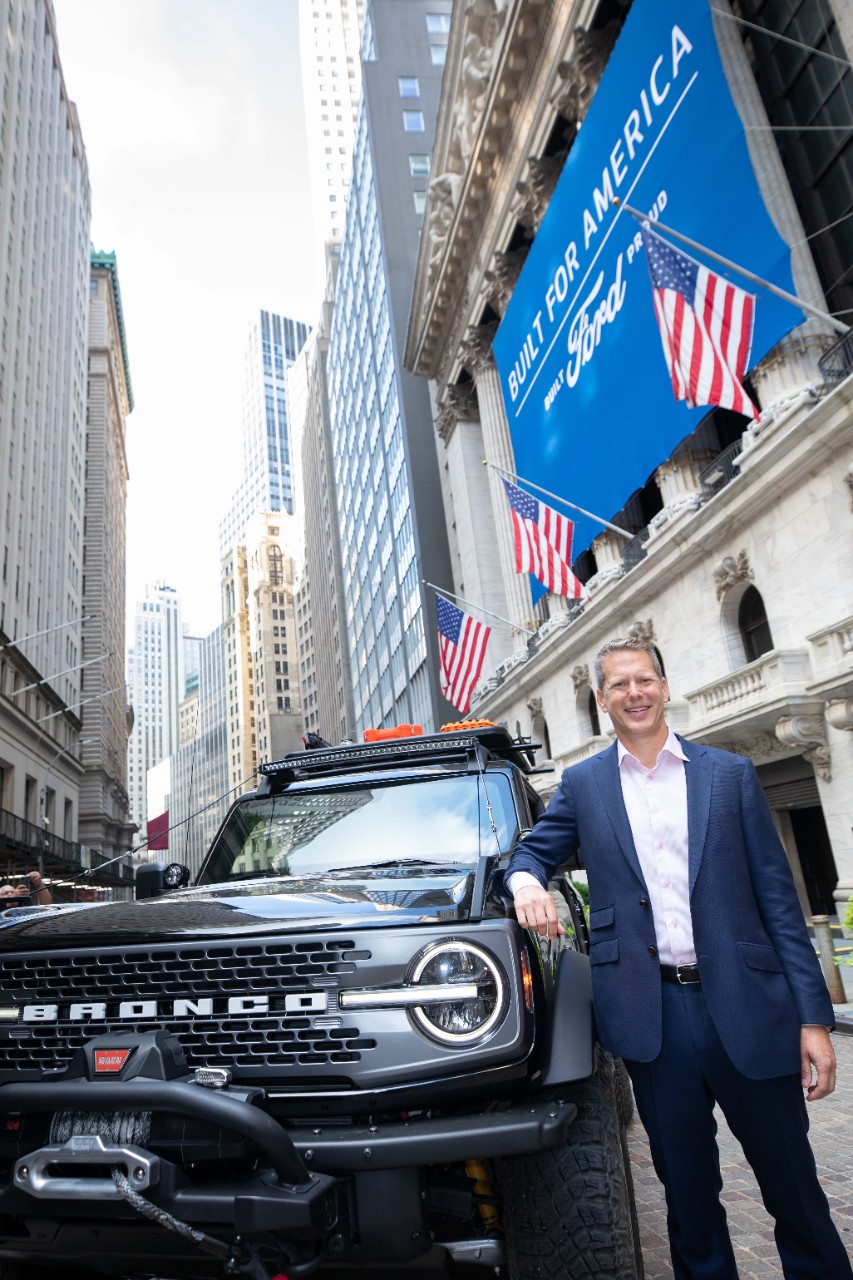