This site was designed for the latest version of Chrome, Firefox, Safari, and Internet Explorer (version 10+). Some features may not work correctly in your browser. OK
Upcoming Television Premieres to Look Out For 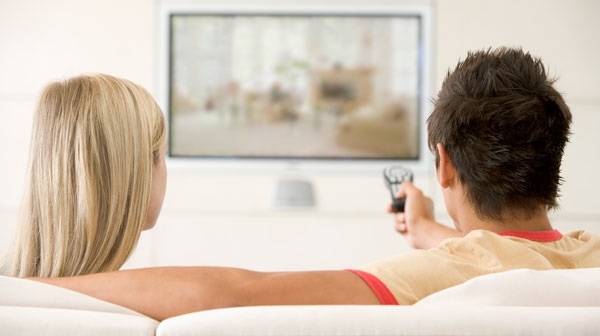 With such a wide variety of shows available through streaming services and cable television, it can be difficult to decide which one to watch next. If you’re looking for a new show to fall in love with or want to catch a new season of an old favorite, be sure to check out these upcoming television premieres in 2020.

First debuting on Netflix in 2019, “Undercover” depicts two undercover agents as they attempt to infiltrate the operation of a major drug producer. The agents masquerade as a couple living at a campground where the drug kingpin frequents, and they accordingly experience some stressful situations. While the premise may sound far-fetched on the surface, the series was actually inspired by real events, making it even more exciting to view. Thus far, Netflix has only released 10 episodes of the show, which means you have plenty of time to catch up before season 2 premieres on Sept. 6.

If you’re a fan of the “Star Wars” franchise and haven’t yet checked out “The Mandalorian,” you should definitely give this series a chance. This Disney+ original already has a huge following and has garnered lots of attention for its adorable supporting character, who fans have dubbed Baby Yoda. Set between the sixth and seventh episodes of the “Star Wars” movie series, this show centers around a bounty hunter as he traverses the galaxy and tracks down targets, including Baby Yoda. In October, Disney+ will share more of the bounty hunter’s adventures when releasing the second season.

“The Equalizer” originally aired back in the ‘80s and was about a former covert operations officer, played by Edward Woodward, becoming a private detective. The show spawned two hit movie adaptations with Denzel Washington starring in the lead role. Now, CBS is rebooting the series and has cast Queen Latifah as the new lead. She will play a mysterious character named Robyn McCall, who has an impressive skill set that she uses to help those in need. This exciting and action-packed reimagining of the series will make its debut in the fall.

Jude Law, Naomie Harris, Katherine Waterston and other big names in the film industry star in “The Third Day.” This new HBO miniseries is split into two parts, with the first being titled, “Summer.” This part follows Law’s character as he discovers an enigmatic island, whose inhabitants will do anything to protect their home. In the “Winter” part, Harris’ character visits the island in the hopes of uncovering its secrets but ultimately leads to an intense battle. Expect to be completely engrossed in this drama when it premieres during the upcoming fall season.

Each of these shows is well-worth viewing and has promise of becoming your next television obsession. With all these shows and many others premiering soon, it’s easy to find one that meets your preferences and provides lots of entertainment throughout each episode.