This site was designed for the latest version of Chrome, Firefox, Safari, and Internet Explorer (version 10+). Some features may not work correctly in your browser. OK
The History of Valentine's Day 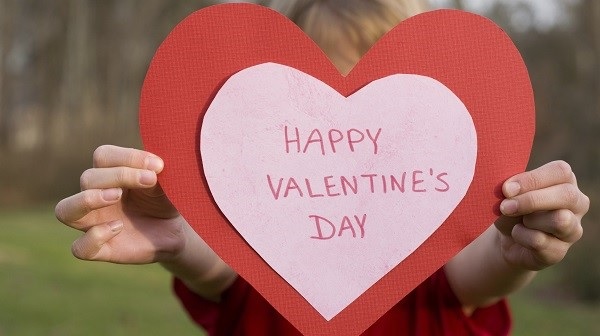 The contemporary holiday of Valentine’s Day stems from a variety of legendary sources. Here are just some of the historical accounts and events that helped shape Feb. 14 as we know it today.

One possible origin of Valentine’s Day comes from Lupercalia, a mid-February holiday that the ancient Romans observed. According to Real Simple, this event was a festival that celebrated fertility while warding off evil spirits. It involved a mix of activities, from animal sacrifices to pairing up as couples based on names drawn from a jar, as Smithsonian Magazine contributor Lisa Bitel states.

Another origin of Valentine’s Day comes from the legends of early church saints. According to Real Simple, Pope Gelasius established Saint Valentine’s Day around A.D. 500 as one of the Catholic Church’s feast days. It was a day to pay tribute to martyred saints named Valentine.

Interestingly enough, these saints’ stories are far from romantic. As Bitel shares, there are three Valentines that inspired the holiday. “Acta Sanctorum,” a collection of ancient church history texts written by monks, confirms this. Though, little is known about these three men beyond their names and death dates.

The first of these Saint Valentines died in the third century in Africa along with 24 soldiers. The second saint by this name, Valentinus, was beheaded by Emperor Gothicus on Feb. 14 after the saint prayed over a blind girl and she regained her sight. The third saint was a bishop of Terni in Umbria, Italy. Also known as Valentinus, this saint was decapitated by the emperor after healing a potential convert’s son.

Yet another potential root for Valentine’s Day is the legend of another Saint Valentine. Per Real Simple, this saint was a Roman priest who married soldiers in secret despite the emperor’s edict prohibiting young men to wed. The emperor believed that married men made poor warriors on the battlefield. Legend has it that this Saint Valentine wore a ring with a cupid symbol to help others recognize him. He also distributed paper hearts to local Christians to help strengthen their faith, as Real Simple reports.

Saint Valentine’s feast started to have a romantic connotation around the Middle Ages, as Bitel articulates. In the late 1300s, author of “The Canterbury Tales” Geoffrey Chaucer wrote “Parlement of Foules.” This poem links the holiday with the mating season of English birds.

Inspired by Chaucer’s verse, European aristocrats started the tradition of sending love notes during February. Soon, people started referring to their beloved as “valentine.” Per Bitel, the imprisoned French Duke of Orleans wrote his wife in February 1415 a love note, calling her his “very gentle Valentine,” and Ophelia from Shakespeare’s “Hamlet” calls herself Hamlet’s valentine. By the end of the 1400s, the term often appeared in songs and poems, as Real Simple confirms. This tradition continued through the middle of the 1800s when paper Valentine cards started appearing.

Understanding the legends and history of Valentine’s Day is a great way to deepen your appreciation of this holiday, regardless of how you choose to celebrate it this year. It will also give you an edge on any holiday trivia games you might compete in this season.