This site was designed for the latest version of Chrome, Firefox, Safari, and Internet Explorer (version 10+). Some features may not work correctly in your browser. OK
4 Actors and Actresses Who Are in Bands 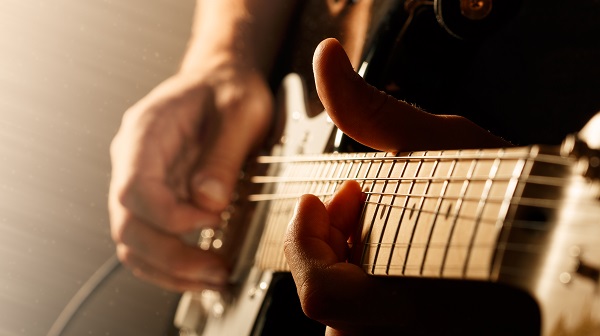 Creative talent often extends beyond an individual’s main area of expertise. That’s certainly the case with actors and actresses who have a taste for music. From funny women to indie darlings, many of Hollywood’s finest have spent time in a band.

With parents in the film industry, it seemed to be destined that Zooey Deschanel — as well as her sister Emily — would become actresses. After a few bit roles on sitcoms, Deschanel became well-known in 2003 after she starred in the Christmas movie “Elf” alongside Will Ferrell. She was later in hit films like “Yes Man” and “500 Days of Summer” before landing her own television show, “New Girl,” for which she sang the theme song. It should come as no surprise, then, that Deschanel has been making music for more than 10 years. She currently sings vocals in the band She & Him alongside musician M. Ward. The duo has released six albums since 2008, including two Christmas records.

After starring in “National Lampoon’s Christmas Vacation” in 1989, Juliette Lewis garnered national attention and was well on her way to starring in many films and television shows. In 2003, she branched out to music and formed the band Juliette and the Licks with former Hole drummer Patty Schemel. By 2009, Lewis announced via MySpace that the group disbanded because all members except her didn’t want to tour all the time. However, in 2015, the band announced a special show at the El Rey Theatre. After the reunion show, the band toured Europe in 2016 and as of May 2018, Juliette and the Licks are still working on a new studio album.

You probably know Penn Badgley from the early 2000s teen drama “Gossip Girl” or the current Netflix hit “You.” But between these pivotal roles, Badgley formed the group MOTHXR in 2013 with his friends in New York City. The four-piece indie pop band has only released one studio album, “Centerfold,” but the music videos for the group’s singles have gotten attention for their distinct visuals. Badgley isn’t the only “Gossip Girl” alum to make music, though. Taylor Momsen, who also played Cindy Lou Who in “How the Grinch Stole Christmas” (2000), completely quit acting to focus on her band The Pretty Reckless, which has released three studio albums since 2010.

As a member of the esteemed Coppola family, Jason Schwartzman had it somewhat easy when it came to breaking into the film industry. His first film was the Wes Anderson-directed “Rushmore” in 1998 and he went on to star in more Anderson films like “Moonrise Kingdom” and “The Grand Budapest Hotel.” But prior to making it big in Hollywood, Schwartzman played drums for the band Phantom Planet, who famously provided the theme song “California” for the teen drama “The O.C.” Funnily enough, Jason’s brother Robert — who you may recognize as Michael Moscovitz from “The Princess Diaries” — is the lead singer of the band Rooney, who made an appearance on the first season of “The O.C.” and provided several songs for the show’s soundtrack.

It’s always interesting to see actors branching outside of film and television. Did you know about any of these bands?