This site was designed for the latest version of Chrome, Firefox, Safari, and Internet Explorer (version 10+). Some features may not work correctly in your browser. OK
Mustang Mach-E--Everything We Know About the First Generation of the All-New Electric Mustang SUV

There are two major camps in the conversation about the 2021 Ford Mustang Mach-E. Some applaud the marketers for putting the Mustang name on their electric crossover, a tacit statement of confidence that Ford's willing to put it all on the line. Purists, though, argue that it's a cynical butchering of the iconic pony car's name.

Wherever you fall in the naming debate, though, it's impossible to deny that the Mach-E is shaping up to be the most serious, interesting EV to ever come from the Big Three and here's what we know about the Mustang Mach-E so far. 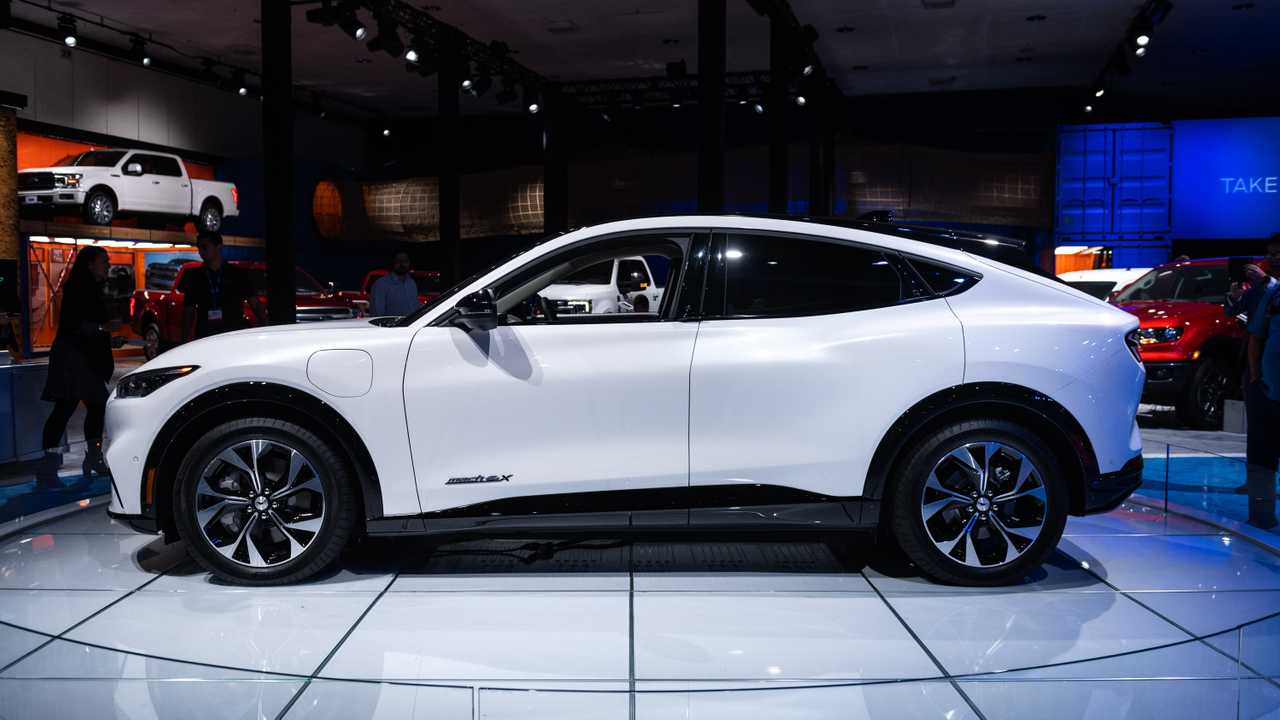 The first Mustang Mach-Es are due to dealerships in late 2020, with the midrange First Edition and Premium models scheduled to arrive first. The GT, "California Route 1," and base-model "Select" won't go on sale until spring of 2021.

The highest-range Mustang Mach-Es—the Premium or California Route 1 models with the extended range battery and rear-wheel drive—will go about 300 miles on a charge. The lowest range figure models will be Select or Premium models with the standard battery pack and all-wheel drive, both of which are good for about 210 miles.

All GT models come with the extended-range battery and all-wheel drive, which gives them 250 miles of range. Away-from-home charging will happen in the FordPass Charging Network, which bundles a few popular charging station brands to give you access to over 12,000 stations. The Mach-E can charge at up to 150kW, which should get you from 10 percent to 80 percent charge in 38 minutes. A 47-mile top-up should take 10 minutes. 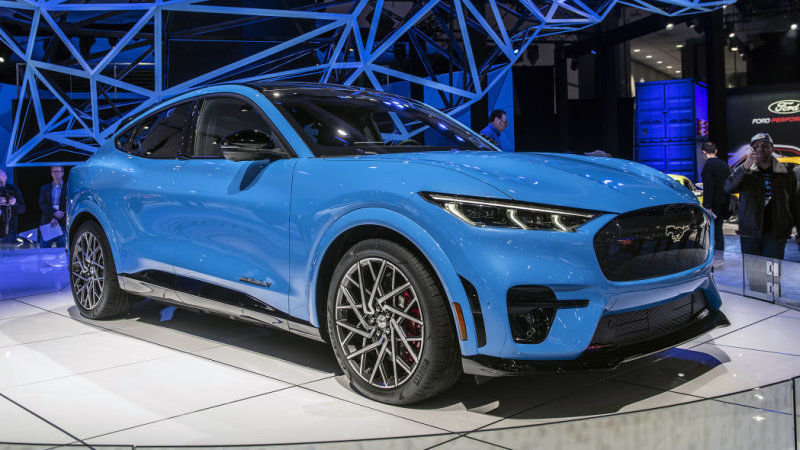 Ford is targeting a mid-three-second 0-60 time for the Mach-E GT Performance Edition; which Ford points out is quicker than the Porsche Macan Turbo which takes 6.3 seconds to hit 60.

That brisk speed comes from a two-motor electric setup on the Mach-E GT, which should produce 459 hp and 612 lb.-ft of torque. For the extended-range, all-wheel-drive, non-GT Mach-Es, Ford is targeting 332 hp and 417 lb.-ft of torque. 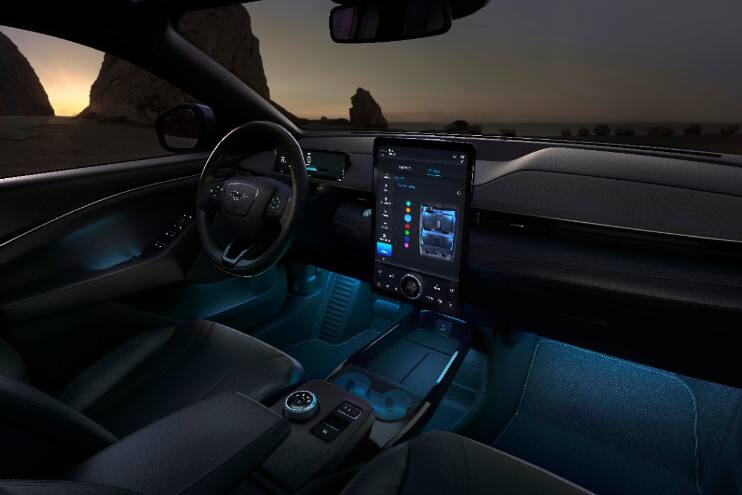 Here's the obligatory Tesla-competitor reference, the Mach-E is clearly direct competition for the market leader in EVs, mostly in the interior of the vehicle. The interior is minimalist and vegan just like the upcoming Tesla Model Y's.

You'll get over-the-air updates through the infotainment system, which also comes with a "Hey Ford" digital assistant. Use that to navigate somewhere and the Mach-E, will automatically add your charge points to the trip.

The Mach-E will support phone-as-a-key technology, with no physical door handles on the exterior. There's a button to pop the door and a fixed door pull, but the idea is that it'll already be popped when you walk up to the car.

The 2021 Ford Mustang Mach-E will start at $43,895 for the standard-range, rear-wheel-drive Select model. The Mach-E Premium starts at $50,600; the California Route 1 goes for $52,400, and the GT is $60,500. All prices given are before options and tax incentives, though you should know that all Mach-Es qualify for the full $7,500 federal tax credit. If you're cross shopping the Mach-E with Teslas, it's important to remember that the federal tax credit is expiring for Tesla vehicles.

Reservations for the First Edition of the Mustang Mach-E are officially full--though other models like the Premium edition and the GT are still available for pre-order. Here are some key facts from the reservations bank: