This site was designed for the latest version of Chrome, Firefox, Safari, and Internet Explorer (version 10+). Some features may not work correctly in your browser. OK
Why 1,000 Bronco Fans Have Chosen to Reserve With Mullinax 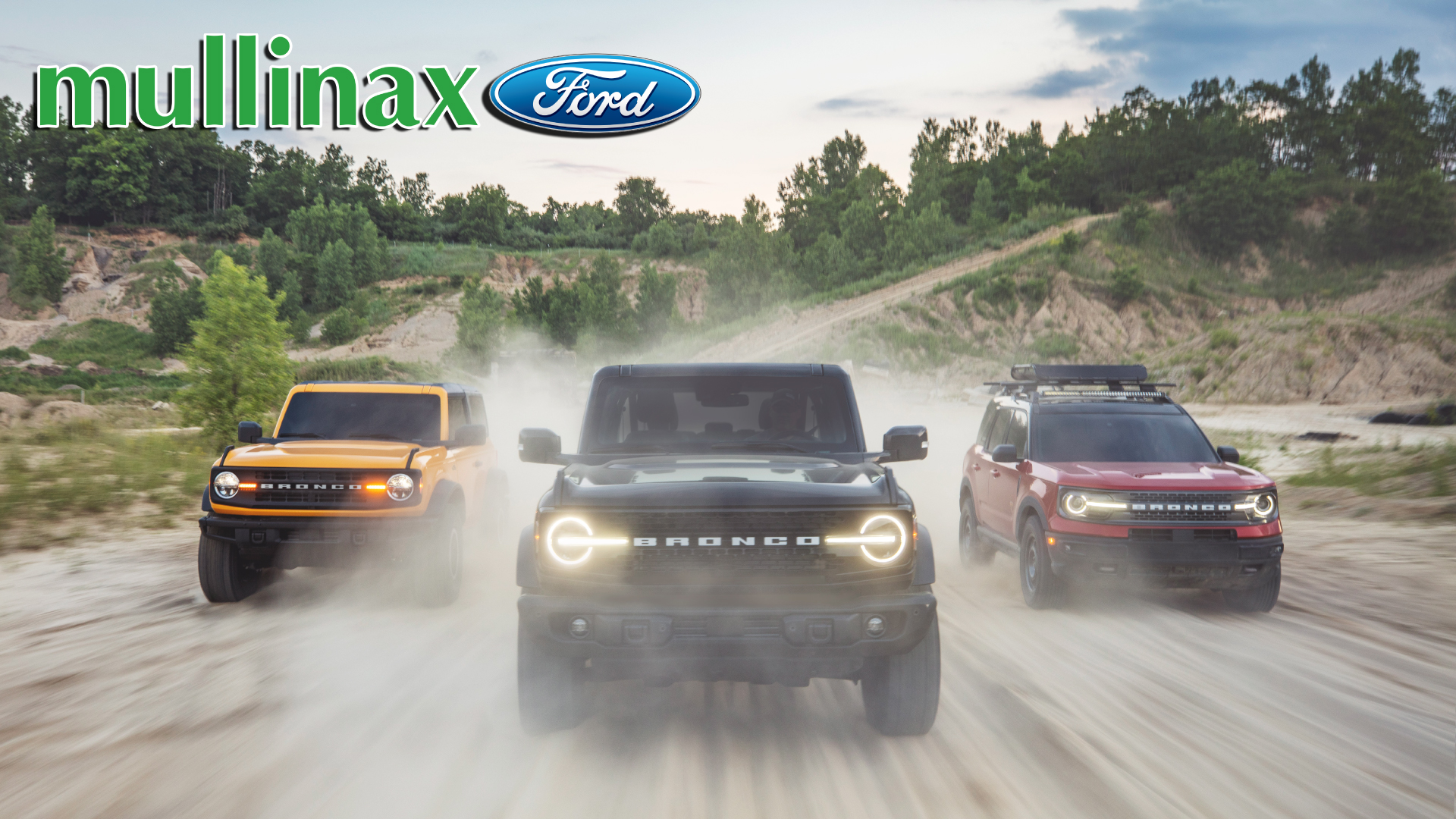 Most dealers are charging a markup over MSRP plus their added Dealer Fees.

At Mullinax Ford, Bronco fans get the benefit of saving thousands with NO markup over MSRP plus NO DEALER FEES.

Reserve with Mullinax Ford and Save $$$

Click the image below to select the Mullinax location nearest you and begin your reservation!

Andrew Krok of Roadshow talks Bronco and Bronco Sport accessories after riding in the SUVs himself? Check out these excerpts from the article:

Ford is working with the aftermarket to make sure their forthcoming rivals will be ultra modifiable right at launch.

Building personalized off-road-ready SUVs is hardly a new trend. With the pending release of the 2021 Ford Bronco and Bronco Sport SUVs, Ford is making sure to get ahead of this ever-present trend -- way ahead.

Ford officials unveiled a collection of new concepts based on both the 2021 Bronco and Bronco Sport. While they're definitely awesome, the point isn't just to show off cool trucks -- it's to highlight the factory-backed collection of accessories that will be ready when these two SUVs launch.

The Bronco will have more than 200 accessories available for purchase between the two- and four-door models, and the Bronco Sport will offer over 100. That's a whole lot o' kit.

These two concepts are geared toward different endgames.

Let's say you like to fish.
You'll dig the Outer Banks Fishing Guide concept, based on the four-door Bronco, which carries a first-row soft top, a roof rack, a custom fishing pole attachment connected to the front fender's trail sights and a slide-out tailgate.

If you're more about hitting the dirt.
The two-door Trail Rig concept packs all manner of LED lighting, a Warn winch and a whole bunch of recovery gear mounted on a Yakima roof rack.

Don't think that the accessory love stops with the big-boy Bronco, either.
There are three Bronco Sport concepts in this collection, too.

Now, you might say, "This is all well and good, but I have to lease the car, and I don't want a dozen accessories I can't sell in my garage when the term ends." Don't worry, hypothetical person I made up specifically for this segue, because Ford's got you covered. Leased Broncos and Bronco Sports can pick up accessories on a residual basis, meaning lessees will pay a small bit up front for said add-ons and then just return them with the vehicle at the end. So not only can you lease the vehicle itself, you can also lease the accessories as part of the same deal.

To say the 2021 Bronco and Bronco Sport debuted to widespread attention wouldn't be doing them justice. After the vehicles' debut, Ford sold out of the limited-quantity First Edition models. And with other activities like its Off-Roadeo and the return of the Bronco R to the Baja 1000 off-road race, I don't think this will be the last you'll hear about the Bronco between now and when it debuts.