This site was designed for the latest version of Chrome, Firefox, Safari, and Internet Explorer (version 10+). Some features may not work correctly in your browser. OK
Vehicle Details: 2020 Acura TLX Performance
The TLX is the capable but affordable baby NSX 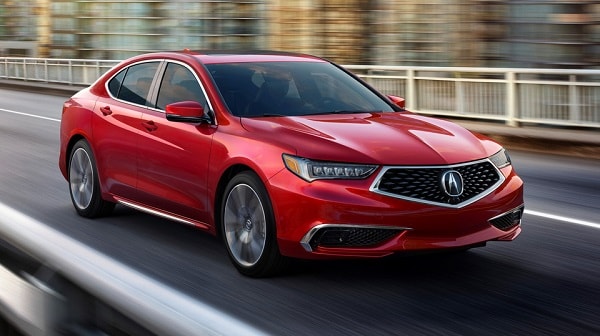 The 2020 Acura TLX is a fun-to-drive luxury sports car with a price tag unbefitting the enjoyment it offers behind the wheel. At a starting MSRP of only $33,000, the TLX proves you don’t need to sell your house for an NSX supercar to have fun on the road. And for 2020, the TLX gets a handful of new paint jobs that better hint at what the TLX can do.

The 2020 Acura TLX is available with two engines under the hood. The first is a 2.4-liter inline four-cylinder that generates 206 horsepower and 182 lb-ft of torque. It’s fairly good fun — plenty capable for cruising on the highway, accelerating past other cars at a green light and getting good mileage all the while — but enthusiasts seeking a little more driving fun will definitely want to upgrade to the 3.5-liter i-VTEC® V6 engine. It’s good for 290 horsepower and 267 lb-ft of torque, and thanks to advanced Intelligent Variable Valve Timing and Lift Electronic Control powertrain technologies, it isn’t much less efficient than the four-cylinder either. It’s mated to an extremely smooth and quick-shifting nine-speed automatic transmission, which ensures you’re always in the right gear at the right time. The best thing about the TLX, however, is its drivability. Whether you’re a seasoned driver or new to fun cars, the TLX ensures you can push it all the way up to its limit with confidence.

It might cost a lot less than the NSX, but the 2020 Acura TLX has a drivetrain that’s not far removed from that of the supercar. On the four-cylinder TLX, FWD Precision All-Wheel Steer™ technology does an excellent job of neutering the understeer that’s typically inherent to all FWD cars. Still, enthusiasts will again prefer the clever torque-vectoring Super Handling All-Wheel Drive™ system offered on the V6 models. The name might be a mouthful, but it’s appropriate given the sheer number of things SH-AWD® does. The system not only analyzes the car’s steering angle and speed in real time, but also its yaw rate and lateral g-force to determine where power would best be distributed — between the front and rear axle as well as between the right and left rear wheels — and then does so in mere milliseconds. As a result, you can expect sharp, responsive handling on just about any road, and even in poor weather conditions.

Nobody gets behind the wheel every day and feels the same way each time. In the 2020 Acura TLX, you can rely on the Integrated Dynamics System with four driving modes, including Econ, Normal, Sport and Sport+. If you’re in the mood for efficiency or comfort, go with either of the first two modes. If you’re in the mood for a more exciting drive, Sport mode enhances the steering and throttle response while sharpening the SH-AWD® system, while Sport+ goes the extra step with higher shift points, a tuned engine note and even turns off the air conditioning system.

In many ways, the 2020 Acura TLX’s price tag does not do justice to its performance capabilities. Its uncompromised handling and advanced drivetrain technologies, derived straight from the NSX supercar, are like the promise of sunshine on a gloomy day.

This article is presented by Oakland Acura.