This site was designed for the latest version of Chrome, Firefox, Safari, and Internet Explorer (version 10+). Some features may not work correctly in your browser. OK

"I want to thank every creator, engineer, and
individual who put my daughters car together."


4 years ago, my then 17 yr old daughter went to pick up her two younger brothers at friends houses. It was a beautiful Sunday morning around 11am. I was still having my morning coffee as she left, letting me know she could pick them up for me. It was 20 min later I received a call from a number I didn’t recognize, but my gut knew I had to answer it. It was my stepson, on the other end, frantically trying to tell me there was an accident. “It’s really bad Jen...really bad”. I was already half way out the door asking him, “just tell me where you are!"

Luckily I was only just over a mile from the accident, and although reckless myself, nothing stopped me or my Suburban from getting to that location. When I arrived (even before the second wave of first responders), I parked my SUV past the police barriers & let all who where on site... that I was the mother! I’m also an RN. No one one was stopping me. I first saw my stepson standing about 100 yards from the scene. I asked, “are you OK?”, he said yes... then I asked “OK, what happened”? He told me out of nowhere this pickup truck just crossed the center line & hit us head on!" I asked... “where’s Morgan?” (my daughter & the one driving), all he could do was point in the direction of the accident. When I turned my head to really view the scene... it was like time just stopped. I started running but it was in slow motion. I had to get there but yet terrified of what I was going to see when I got there. A wall of firefighters were shrouding my view to the drivers window of her car & I put my hand on these shoulders 10 times stronger than mine & yelled “I’m the mother!" They parted like the Red Sea & never questioned. Once I saw her, she was alive. Speaking. And I dropped to my knees & said, “I’m here baby!" The first words out of my daughters mouth was... “Mommy, we need to pray for the other driver." I grabbed her hand & said “OK baby let's pray”. We did... out loud, she saying her prayer & I saying mine. It was later told to me from the many first responders on the scene, that never once in their experience has any one, of her age & intensity of the accident, actually calmed them.

Sadly one week later the driver who hit my daughter passed away from irreversible blunt force trauma to the chest. My daughter suffered serious injuries. Three surgeries for her to be able to walk normally again. But what I had viewed of her 2005 Volvo S40? This car saved her life! The interior was absolutely unscathed! The driver of the pick up? His engine basically came through the dash & caused the crushing chest trauma. These pictures tell it all. As a mother, I want to thank every creator, engineer & individual who put my daughters car together. It was her first car. And now that she’s in college, she was finally able to buy herself another Volvo (used, but the only thing she feels safe in). This our story...this is how Volvo saved her life. 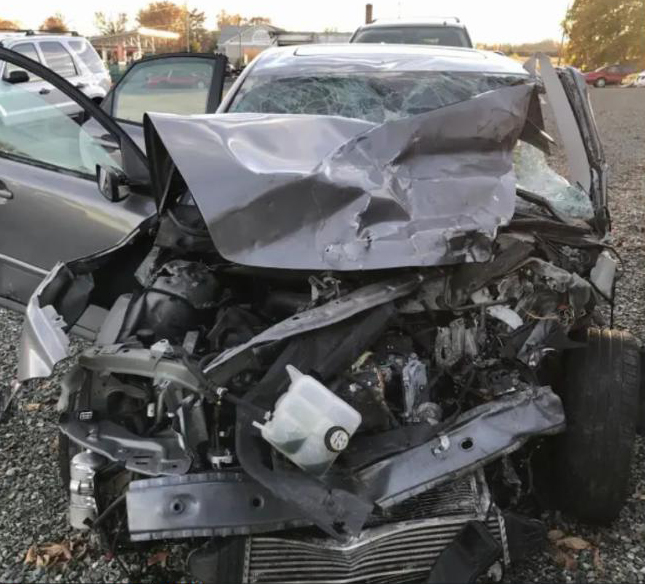 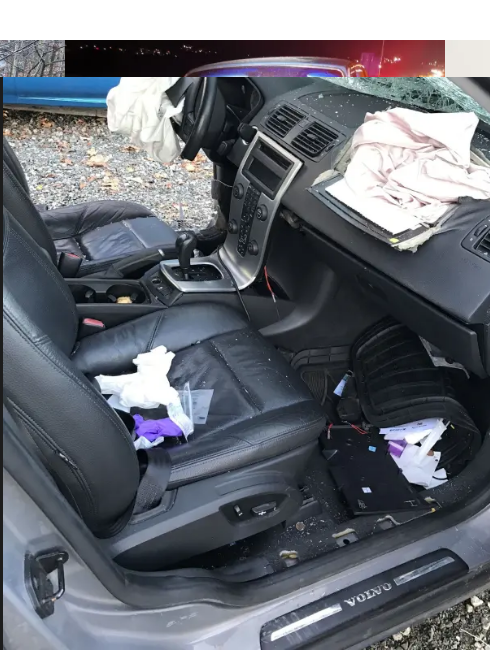