This site was designed for the latest version of Chrome, Firefox, Safari, and Internet Explorer (version 10+). Some features may not work correctly in your browser. OK
7 Great Movies About Long Journeys 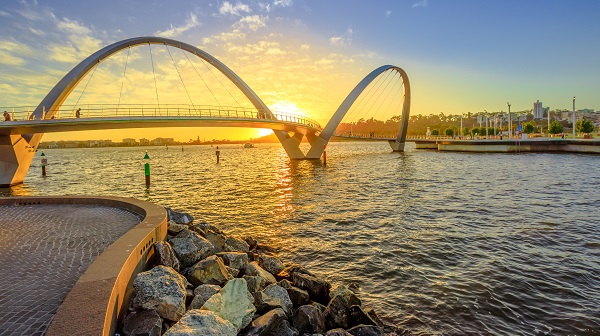 If you’ve spent too much time cooped up in the house lately or your vacation travel plans didn’t quite work out in 2020, indulge your wanderlust with a great travel movie. These seven titles range widely from uproarious hijinks to nail-gnawing suspense, but each one is guaranteed to take your imagination on an unforgettable — and entertaining — journey.

This classic comedy from Hollywood’s golden era tells the story of a movie director who hits the road in search of real-life experiences that will help him create a serious masterpiece instead of the lighthearted films he usually makes. As he wanders America dressed up as a hobo, he stumbles into far more hilarious trouble than he bargained for.

A Central American oil well catches fire, and the company hires four drivers to truck in a load of hair-trigger nitroglycerin to put out the blaze. Their perilous journey across 200 miles of treacherous mountain and jungle terrain makes for one of the most excruciatingly suspenseful movies of all time.

In this action-packed comedy, a bounty hunter (played by Robert De Niro) must transport a high-value bail jumper cross-country to collect on a big payout. The catch: He also has to dodge the mob, the feds, and double-crossing competitors as he travels — and bickers — with his prisoner by car, train, plane, and foot from New York City to Los Angeles.

The Adventures of Priscilla, Queen of the Desert (1994)

This Australian road movie broke ground with its LGBTQ-friendly themes and character portrayals. It’s the story of two drag queens and a transgender woman who pile into a bus for an epic trip across the rugged outback, encountering all sorts of funny and not-so-funny adventures along the way.

David Lynch is known for directing intensely experimental and often disturbing films. However, “The Straight Story” is his most heartwarming and enjoyable movie. It’s the true story of an elderly man who rides across the Upper Midwest on a lawn tractor to visit his ailing brother. Along the way, he encounters the beauty of rural America and the kindness of strangers who help him on his journey.

Before he found fame (and infamy) as an iconic guerrilla leader and Marxist revolutionary, Che Guevera was on his way to becoming a doctor in Argentina. This compelling movie tells the colorful true story of his epic motorcycle trip across South America as a young man — and explores how he was radicalized by the widespread poverty and injustice he encountered along the way.

Inspired by a true story, this gripping film follows a group of men who escape from a Soviet prison camp during World War II. To make their way to freedom, they’re faced with a grueling walk of more than 4,000 miles through the deadly cold of Siberia and the fierce heat of the Gobi Desert.

Whether you’re stuck at home or just want to do some traveling from your couch, these seven movies about epic journeys will transport you far away from everyday cares and concerns.