This site was designed for the latest version of Chrome, Firefox, Safari, and Internet Explorer (version 10+). Some features may not work correctly in your browser. OK
5 Podcasts That Will Make You Laugh
Listen to these shows for a good chuckle 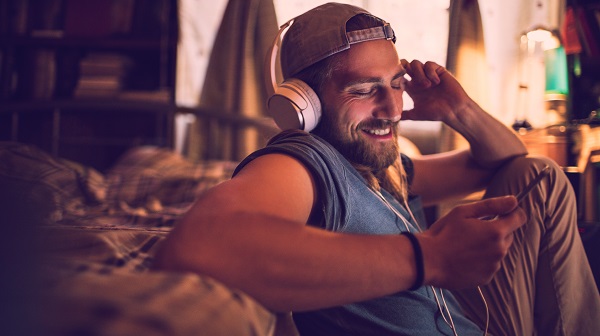 The world could use some humor right now, and a great medium for staying at home and getting a good laugh out is a podcast. After you listen to any of these hilarious shows, you’ll feel like you’ve done a full ab workout.

Hosted by Lindsey Weber and Bobby Finger, “Who? Weekly” covers everything you need to know about the celebrities you don’t. Yes, you read that right. This pop culture podcast discusses what’s going on with those who are either still on the rise to stardom or have maybe dropped off the radar since their glory days. Episodes air bi-weekly and switch between the main format, where the hosts determine the topics, and a special format called “Who’s There,” where Lindsey and Bobby answer fan questions and discuss important Who-dom matters at length. Main episodes always end with a segment centered on the “original, OG Who,” singer Rita Ora, because of her consistent appearance in tabloids and her ability to still be mostly unknown in the U.S.

The premise of “Citation Needed” is simple: Five men choose a subject, read just one article about it on Wikipedia and then discuss said topic as if they were experts. Although the subjects of each episode vary widely, the end result is always hilarity. In previous episodes, the hosts have covered everything from Lizzie Borden to failed publicity stunts and the history of the toilet. However, be aware that not all subjects covered are for the faint of heart, as the hosts sometimes discuss incredibly controversial events and people throughout history. When searching for this podcast, be sure as to not get confused with “Citations Needed” (added S), which covers “the intersection of media, PR and power.”

If you need a more diverse podcast in your life, go with “The Read,” hosted by Kid Fury and Crissle West. The two New York City transplants and entertainers dissect hip hop and pop culture’s most problematic stars’ antics through perfectly timed comedic conversations. The title of the show comes from the Black gay slang “to read” someone by giving an honest, blunt opinion on them. The format of the show is broken up into five segments: Black Excellence, Hot Tops, Listener Letters, Crissle’s Couch and The Read. In previous episodes, Fury and West have played host to a handful of well-known guests like Kelly Rowland, LeVar Burton and Estelle, to name a few.

You’d probably recognize Anna Faris from the “Scary Movie” films or her latest hit television show “Mom” with Allison Janney. However, the twice-divorced star is now hosting “Anna Faris is Unqualified” (sometimes shortened to “Unqualified”), where she’s hilariously giving out relationship advice. The podcast was developed in 2015 after Faris became enamored with the “Serial” podcast and wanted to do something of her own. She told Vogue writer Patricia Garcia: “I love to talk about relationships; that’s all I want to talk about with my friends. And then I just thought, I kind of want a hobby, since [my husband] Chris has been shooting a lot.” Even though she and then-husband Chris Pratt have divorced since the podcast debuted, Faris is still going strong and has almost reached her 200th episode.

What happens when you put a former “Saturday Night Live” cast member and a comedic baking reality show host together on a podcast? The answer is the rib-tickling “Best Friends” podcast, hosted by real-life best friends Sasheer Zamata and Nicole Byer. The weekly episodes cover the nature of friendship — including situations from their own experiences — along with offering listeners advice on a handful of subjects like love and daily life. While only a little over 40 episodes of this fairly new show exist, Byer previously hosted the “Why Won’t You Date Me?” podcast in 2017 where Zamata was a frequent guest.

Whether you want to absorb pop culture, dating advice, history or general life lessons, these five podcasts are sure to keep you busy — and laughing — for quite some time.