This site was designed for the latest version of Chrome, Firefox, Safari, and Internet Explorer (version 10+). Some features may not work correctly in your browser. OK
Subaru Spotlights Hard-to-Adopt Shelter Dogs in October 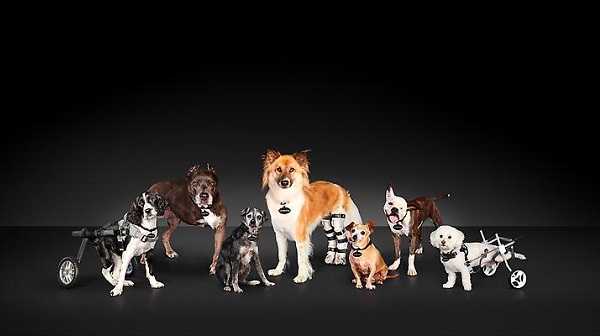 For the third year in a row, Subaru celebrated “National Make a Dog’s Day” by helping hard-to-adopt shelter dogs get some much-needed attention. The annual nationwide campaign shines a light on what Subaru calls “Underdogs.”

“Pets add so much joy to our lives, and in October Subaru dedicated the month to returning that love to our furry friends at home, as well as shelter pets in need of loving homes,” said Alan Bethke, Senior Vice President of Marketing at Subaru of America, Inc. He also encouraged anyone looking for a pet to consider an “Underdog” and said that “if you can’t adopt at this time, we invite you to donate to a local shelter or do something special for a dog in your life.”

Subaru retailers nationwide hosted in-person and virtual events to highlight adoptable Underdogs throughout the month of October. During the events, donations of $100 were made for every pet that was adopted. Additionally, Subaru donated $10 to the ASPCA® for every Genuine Subaru Pet-Friendly Accessory that was purchased in October. In case you missed it, Subaru launched a new line of pet accessories in April to help keep furry friends safe and comfortable. This line of items, which can be purchased at Subaru Parts Online, include collapsible kennels, harnesses, ramps, and more.

Subaru also launched an advertising campaign containing a handful of 15- and 30-second commercials. These aired during major television shows as well as on streaming platforms like Hulu and Discovery+.

So what exactly qualifies a pet as an “Underdog”? Rather than looking for a puppy or able-bodied young dogs like most people do, Subaru wants you to consider older, blind, deaf, or other canines that are often overlooked. These dogs are just as adorable and need loving homes, too.

If you can’t adopt a dog at this time, you can donate money or needed items to your local animal shelter. It’s best to reach out directly to your local shelter to see what they need and how you can submit your donations. You can learn more about the Subaru Loves Pets initiative and other pet causes on the company’s official website.