This site was designed for the latest version of Chrome, Firefox, Safari, and Internet Explorer (version 10+). Some features may not work correctly in your browser. OK
The Best Book-to-Film Adaptations of the Last Decade 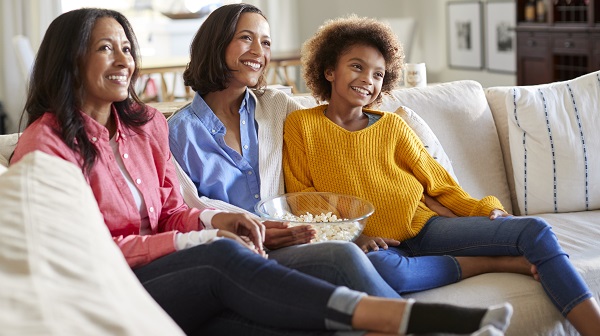 Some of the best movies ever made owe their existence to printed source material. From classics like “The Wizard of Oz” and “Frankenstein to modern franchises like “Harry Potter” and “The Hunger Games”, film adaptations of books are often exciting and entertaining examples of cinema. The last ten years have seen filmmakers rely on literary adaptations perhaps more than ever before, resulting in a number of films that have emerged as classics in their own right. Here are four of the best book-to-film adaptations produced since 2010.

If you like your Westerns gritty and emotionally resonant, look no further than 2010’s “True Grit’. This film’s literary origins can be traced back to 1968, when Charles Portis first penned the novel. Seeing the cinematic potential of his tale, Hollywood produced a film version starring the legendary John Wayne a year later. But while the 1969 film watered down much of the harshness of the book, the Cohen Brothers’ 2010 adaptation pulled no punches. In this telling of the tale, a 14-year-old girl seeks the help of a grizzled old cowboy to avenge the murder of her father. Featuring stylish direction and outstanding performances from Jeff Bridges, Josh Brolin, Matt Damon, and a young Hailee Steinfeld, “True Grit” is a true modern Western classic.

A unique take on the post-apocalyptic genre, “Snowpiercer” was based on the French graphic novel “Le Transperceneige” written by Jacques Lob. The film adaptation was a unique collaboration between Hollywood and South Korea, and was directed by revered auteur Bong Joon-ho. Having already cut his teeth on genre pictures like “The Host”, Bong Joon-ho teamed up with a talented cast — including Chris Evans, Tilda Swinton, and John Hurt — to tell the tale of a speeding train carrying the remnants of humanity. With its socio-political undercurrents and inspired visual design, “Snowpiercer” is widely considered one of the best science-fiction films of the last decade.

A powerful and emotional approach to the alien-visitation genre of sci-fi, “Arrival” was adapted for the screen by director Denis Villeneuve. The future creative force behind “Blade Runner: 2049” and “Dune”, Villeneuve took Ted Chiang’s 1998 tale “Story of Your Life” and adapted it eloquently for the screen. In the film, giant extraterrestrial spacecrafts suddenly appear all across the Earth, prompting a response from the scientific community. The aliens are not hostile, and do not seek destruction; instead, they only seek to communicate. With unique style, gorgeous cinematography, and moving performances by Amy Adams and Jeremy Renner, “Arrival” is an experienced not to be missed.

When it comes to movie adaptations of books, the legendary Stephen King has seen more films based on his stories than perhaps any other author in modern times. Several of his books have even been adapted more than once, including his most famous piece of horror fiction, “It”. The terrifying story of an evil entity that takes the shape of a clown first went before cameras in the 1990s, and starred Tim Curry in the lead role. In 2017, director Andy Muschietti adapted the first half of the book into what became the highest-grossing horror film of all time. “It: Chapter 2” released in 2019, giving fans the conclusion to the story of Pennywise, the Loser’s Club, and the blighted town they call home.

If you’re looking for the best of book-to-film cinematic entertainment, look no further than these entertaining motion pictures.