This site was designed for the latest version of Chrome, Firefox, Safari, and Internet Explorer (version 10+). Some features may not work correctly in your browser. OK
3 National Historic Landmarks in Ohio 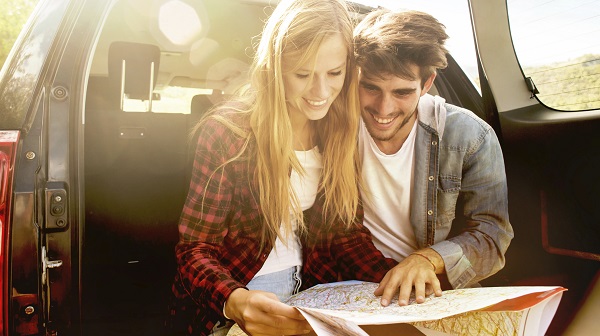 Ohio is home to many things and people: the Football Hall of Fame, early aviation success and even award-winning director Steven Spielberg. Looking through the state’s rich history, there are so many exciting locations to visit and get inspired by. If you’re hoping to learn more about the Buckeye State, be sure to add these three National Historic Landmarks to your must-visit list.

You won’t find Pac-Man or Donkey Kong at The Cleveland Arcade. Rather, you’ll find two nine-story office buildings joined together by a five-story collection of arches featuring Victorian-era architecture and a glass skylight. The Cleveland Arcade was built in 1890 and was financed by John D. Rockefeller, among other wealthy individuals and Clevelanders of that time. It served as the first indoor shopping center in the United States and earned the nickname of Cleveland’s Crystal Palace. The $875,000 investment was modeled after the Galleria Vittorio Emanuele II — Italy’s oldest shopping mall. Today, it stands as the perfect location for wedding receptions and other elegant occasions. The future of The Cleveland Arcade, according to Skyline Investments Inc. and Colliers International, is to invigorate it by generating a space for artisanal activities while maintaining the historic qualities that Clevelanders love.

Built in 1928 in downtown Columbus, the Ohio Theatre was created as a luxurious getaway for those wanting to experience the arts. It was designed by notable theatre architect Thomas W. Lamb, who wanted to create “a palace for the average man.” When it opened, talking pictures were all the rage, so the theatre served as a movie house, complete with an orchestra. Live performances also took place at the Ohio Theatre, with appearances from some of that era’s biggest stars like Ginger Rogers, Milton Berle, Ray Bolger and Jean Harlow. The interior was decorated by well-respected designer Anne Dornan, who traveled the world to collect unique pieces to place inside. After the theatre closed in 1969, the Columbus Association for the Performing Arts raised money to restore it to its former glory. Today, locals can head to the Ohio Theatre to enjoy Broadway shows, dramatic operas and the Columbus Symphony Orchestra, which calls the theatre its home.

Now known as the Taft Museum of Art, the Baum-Taft House has quite an interesting presidential background. The building was constructed in 1820 and was initially the home of businessman and politician Martin Baum. Then, after banker Nicholas Longworth took residence, it became the home of David Sinton and his daughter Anna, who married the half-brother of President William Howard Taft. Not only that, but the soon-to-be President accepted his presidential nomination from the front porch of the house in 1908. Because the Tafts were passionate art collectors, they eventually turned the home into a museum and donated it to the people of Cincinnati in 1927. The museum’s permanent collection contains a wide variety of European old master paintings and Chinese porcelains. You can also visit the museum for one of its many events, including Afternoon Tea, Lunch & Learn and the monthly House Party where you can get cocktails, create your own art or just relax and look at the museum’s collection.

Each state in the U.S. has its own National Historic Landmarks showcasing the history of the nation. Get out there and plan a trip to explore as many as you can!