This site was designed for the latest version of Chrome, Firefox, Safari, and Internet Explorer (version 10+). Some features may not work correctly in your browser. OK
Don’t Skip These 5 Spring Films 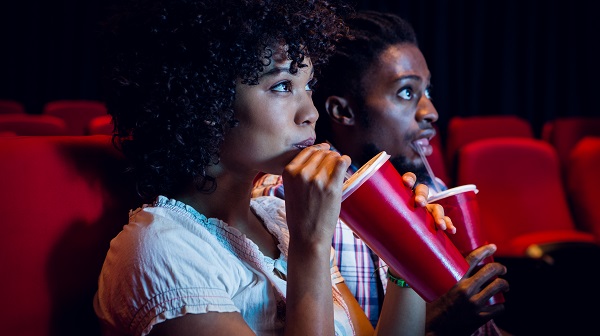 Are you itching to get to the movies, but you’re not sure what to see? Get to know more about these upcoming releases and you might discover your new favorite film.

Singer Jeremy Camp made his way onto the contemporary Christian charts after releasing his album “Stay” in 2003. That album was created during one of the toughest times of his life and features the song “I Still Believe,” which was written after his wife Melissa died of ovarian cancer in 2001. In the film, up-and-coming actor KJ Apa portrays a young Camp when he first meets Melissa (Britt Robertson) and marries her, despite knowing that she was dying. The film also leads up to Camp’s major success and his inspirational journey of meeting his current wife, Adrienne.

Tom Hanks doesn’t just impress moviegoers while on the big screen; he’s also been known to produce and direct major films. “Greyhound” is a war drama — co-written, produced and starring Hanks — based on “The Good Shepherd” by C. S. Forester. The film tells the story of Navy Commander Ernest Krause (Hanks) on his first war assignment during the middle of World War II, specifically during the Battle of the Atlantic, on the USS Keeling (code-named Greyhound). Krause must lead his troops across the North Atlantic and protect the merchant ships they’re escorting from the German U-boats that are planning to attack.

Fans of the “Artemis Fowl” books have been clamoring for a film adaptation of the first novel in the Eoin Colfer young adult fantasy series for years. In the new Disney film, Ferdia Shaw is Artemis Fowl II, an incredibly smart 12-year-old who comes from a family of criminal masterminds. Artemis is on a mission to find his father, who mysteriously vanished, and must enlist the help of servants, butlers and friends along the way. Keep an eye out for Dame Judi Dench as Commander Root as well as Josh Gad as Mulch Diggums in this long-awaited movie.

“The Woman in the Window”

For a star-studded mystery thriller, you’ll want to add “The Woman in the Window” to your movie list. The film is based on the 2018 novel of the same name, written by Dan Mallory under the pen name A. J. Finn. Amy Adams stars as Anna Fox, an agoraphobic psychologist who spends her days looking through her window at her new neighbors, played by Julianne Moore and Gary Oldman. When something suspicious occurs next door, she finds herself in the middle of a crime scene and must decide whether or not to call the authorities.

Who says we have to wait until October for scary movies? From the producer of “Get Out” and “Us” comes “Antebellum,” a horror film that’s sure to garner buzz for its social commentary and exquisite visuals. Janelle Monae stars as Veronica, an author who finds herself transported back in time to the Civil War era as a slave. While encountering chilling characters and puzzling circumstances, Veronica must put the pieces together and solve a mind-bending mystery before it’s too late.

Whether you’re looking for an inspirational feel-good movie, a fantasy getaway or a spooky scare in the middle of spring, you’ll definitely want to check out any one of these new films.