This site was designed for the latest version of Chrome, Firefox, Safari, and Internet Explorer (version 10+). Some features may not work correctly in your browser. OK
Weird Trends from the Early 2000s 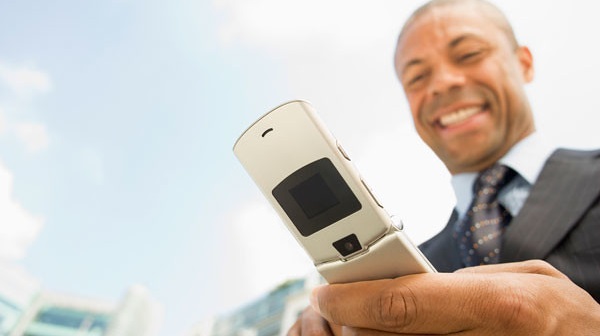 There’s no shortage of love for the 1990s. This delightful decade gave rise to the many memorable fads, trends and crazes we love from the early 2000s. Here’s a look back at what was hot during the days of MySpace and Windows XP.

Nowadays, even a cheap cell phone can carry hours of playlists and podcasts. However, in the early 2000s, the portable music scene was going through a renaissance. Even toy makers were cashing in on the trend with HitClips. These keychain-sized music players gave you a minute-long, lo-fi version of contemporary jams, like “All Star” by Smash Mouth and “Who Let the Dogs Out” by the Baha Men. As the years wore on, you were probably ready to trade in your clunky old CD player for a pocket-sized MP3 player. Unfortunately their high price tags and limited storage capacity put them at a disadvantage compared to their lower-tech competitors. However, the introduction of the Apple iPod brought some much-needed innovation to the market, and, in the process, elevated the MP3 player from a functional tech tool to a must-have fashion accessory.

Dig out your black fingerless gloves, squeeze into some skinny jeans, and slap on some heavy eyeliner. The early 2000s were the halcyon days of the scene and emo subcultures. Emo, short for “emotional hardcore,” grew out of the punk scene. Its music emphasized high-energy beats with angst-laden lyrics, while its iconic aesthetic involved long bangs, band shirts, studded accessories and plenty of black apparel. Scene kids embraced similar hair and makeup styling trends while adding tons of color with jewelry, wigs and all manner of accessories, ranging from bows and tiaras to jelly bracelets and sparkly charms.

Not to be confused with the 1980s craze, Jelly Bracelets, the early 2000s kicked off a new era of rubbery wrist adornments. Gel bracelets, such as the yellow Livestrong bracelet, gave you a fashionable way to show your support for various causes and charities. Of course, that didn’t stop marketers from making gel bracelets that were simply adorned with pretty colors and fun phrases. For the Millennial crowd, Silly Bandz were the bracelet of choice. Functionally, they were simple rubber bands, but they were shaped like animals, princesses, cowboys, cars, guitars and virtually anything else you could imagine. That gave them a collectible appeal. At their peak, Silly Bandz were sold in over 30,000 shops, spanning 15 international markets.

While cell phones had been on the market for decades prior, technological advances made them more accessible, advanced and affordable. As a result, the early 2000s brought mobile phones to teens and tweens — and ushered in a world of weird, wacky and wild cartoon critters that “sang” infectiously catchy ringtones. A company called Jamster marketed these bug-eyed, auto-tune-voiced CGI creatures as a way to give your phone some customized flair. Some of the company’s smash hits included Crazy Frog, a gray amphibian with an unsettling toothy grin, and the Gummy Bear, a gelatinous green beast clad in tight yellow underpants. While that sounds unpleasant today, many kids couldn’t resist the allure of having these creatures’ pitch-adjusted voices blaring from their Nokia and Motorola flip phones.

From overpriced ringtones to iconic fashions, there are plenty of reasons to be nostalgic about this decade. Whether you cringe or chuckle at this trip down memory lane, there’s no denying that the early 2000s were chock full of unforgettable trends.